Congratulations and Thank You WDJFC 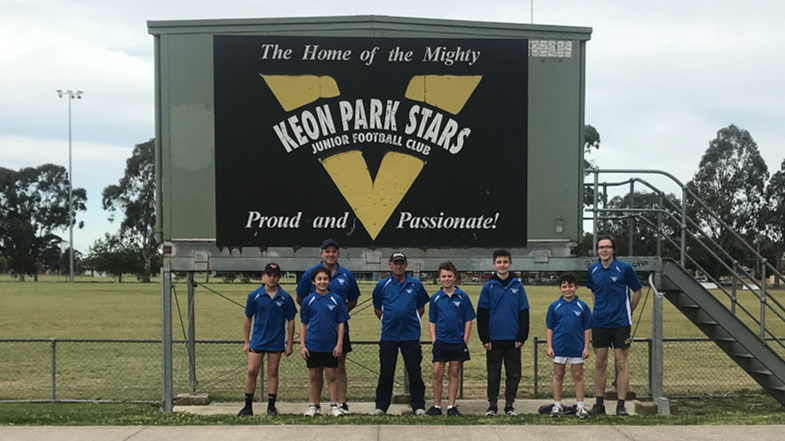 We were thrilled to hear that four sides made it into Grand Finals with the Year 7, Year 8 and Year 10 and Under 18 sides all reaching the final game of the season. We further send out congratulations to the Year 8 and Under 18 Cats sides who were successful and won premierships for the Cats. Winning a premiership is something that every player dreams of and is something that the entire Wembley Downs JFC should be proud of!

The Keon Park Stars and Wembley Downs JFCs both began a partnership in 2016 playing the annual Friendship Game under lights at Donath Reserve, Keon Park during the Cats annual Melbourne Trip. Unfortunately due to COVID-19, the 2020 match was cancelled however plans are already underway for the 2021 match to coincide with our 60th anniversary- a massive year that the entire KPSJFC cannot wait for!

We would also like to take this opportunity to thank Wembley Downs for their donation of WDJFC polo shirts that arrived at the club a few weeks ago. We have passed these shirts onto some players that have been involved in the Friendship Game over the past few years.

Once again, congratulations and we look forward to continuing our successful relationship in 2021!

Click on this link to register for the 2021 NFNL season

Click on the link to join our 'Team App'

Coming soon. Your one stop shop for everything about our 60th year!